Known to the west as Whirling Dervishes, the Mevlevi Order was founded by Mevlana Rumi in the 13th century. The Order wrote of tolerance, forgiveness, and enlightenment. They survive today as a cultural brotherhood. They are not theatrical spectacles but sacred rituals. The ritual of the Mevlevi sect, known as the sema, is a serious religious ritual performed by Muslim priests in a prayer trance to Allah. Mevlevi believed that during the sema the soul was released from earthly ties, and able to freely and jubilantly commune with the divine. Dervish literally means “doorway” and is thought to be an entrance from this material world to the spiritual, heavenly world. The Whirling Dervishes played an important part in the evolution of Ottoman high culture.

Details & Requirements about the Ceremony;

The event it’s also a religious ceremony. That’s why it is strictly forbidden using alcoholic drinks during representation.The ceremony has to unroll in a silent place.

– At least 4 Microphones of the Professional Quality

– p. a. system of the professional quality, mixer of the stage for monitors and 3 monitors on the stage

– Lights adapted to the stage

– The organiser has to supply the dressing rooms with drinks in amount that will be enough for the group.

– Hot Meals (lunch and dinner without pork ) for the group.

If you have any inquiries about the ceremony for a festival or a special event; Please Send us an E-mail.

For the price please Contact with HAKAN HACIBEKIROGLU – Alp AKSAHIN 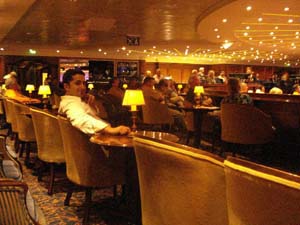 We are sorry, there are no reviews yet for this tour.